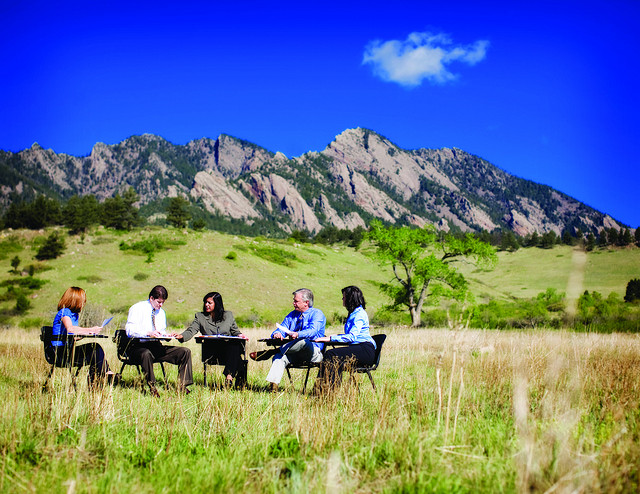 *A narrative version of this article was run by Zocalo and picked up by TIME.  Contrary to popular belief, meetings can be both productive and enjoyable. In my twenty years helping leaders learn to run such meetings, I’ve learned a lot of tricks. But by far the simplest, most powerful, and perhaps most surprising is this: Start your meeting with a check-in. From small NGOs and start-ups to Fortune 100 leadership teams and the UN, I start every meeting the same way: […]

Last night, the U.S. women won their second ever gymnastics team gold medal at the summer Olympics in London. After the win, the team’s coach, Marta Karolyi, and her former coach husband, Bela, said something interesting about this team: Whether these 2012 gold medalists are the best group of American Olympic gymnasts can be debated — though U.S. coach Marta Karolyi says they are — but they are almost certainly the best team. “That [1996 gold-medal squad] was a beautiful […]

Our name, Groupaya, is a combination of “group” and “upaya.” Upaya is a Sanskrit term from Mahāyāna Buddhism that roughly translates to “skillful means.” It’s a concept that captures the journey and practice that leads to a higher goal. It’s a name that resonates strongly with what we’re about: working intentionally and skillfully in groups to create a world that is more alive. As is evident from our name, all of us have been influenced by Buddhist principles to varying degrees. I […]

We spent a good portion of 2011 helping the IT department within a Fortune 500 company understand how it could collaborate more effectively at a global level. In order to do that, we decided to try to understand what they were already doing right by identifying and studying a wildly successful project. The project we chose was unique in that it was the first project within the department that had officially chosen an Agile methodology to develop its software. Most […]

In the early 90’s, when I was first starting out as an organizational development consultant, I worked with a man who seemed to have X-ray vision. When it came to working with groups, he was able to see things that no one else could see. He saw patterns in their interactions, he could predict what was going to happen, and he knew how to help them become more effective. His name was David Kantor. An original thinker and contributor to […]